Ernie
Corporate Member
About a month ago, I finished my latest project - a copy of the 1640 Andreas Ruckers harpsichord. A couple of weeks later, I got a phone call asking me if I could supply a harpsichord for a pair of concerts to be given by Leon Schelhase, a professional harpsichordist and professor at the Curtis Institute of Music. As you can imagine, I don't often get a chance to hear one of my instruments played by an accomplished professional, so I jumped at the chance. I didn't attend the first concert which was given in Beaufort, NC, but Sandy and I went to the second concert at the Music House in Greenville, NC. It's amazing how good a harpsichord can sound in the hands of a world-class harpsichordist.

Mr. Schelhase was kind enough to introduce me to the audience as the instrument's builder. At the end of the concert, a woman came up to me, checkbook in hand, and bought the harpsichord on the spot. This NEVER happens. Her husband said it was the most expensive concert he ever attended. We delivered the instrument yesterday.

Unfortunately, the concert wasn't recorded. However, if you'd like to hear Mr. Schelhase play, he has several videos on his website.

Thanks for looking.
Ernie

Mike
Corporate Member
Congrats Ernie! How many hours does it typically take to build one?

MikeH said:
Congrats Ernie! How many hours does it typically take to build one?

Thanks Mike. It's too depressing to count in hours. This one took about 5 months.

Bruce Swanson
Corporate Member
That's really great Earnie! The quality and beauty of the instruments you build are really priceless!

Christopher
Corporate Member
Congratulations, Ernie....on several things.....finishing the build, getting the request to supply a harpischord for the concert, getting to hear your instrument played by an accomplished professional, public recognition as the builder, and finally, selling your harpischord on the spot. Sounds like you had a pretty good month. Thanks for sharing it with us.

Mike
Corporate Member
Moments like that make all the hard work worthwhile.

Makes us all proud to know you.

Woody
Corporate Member
Congratulations, Ernie. I'm always in awe of your craftsmanship, and now we see the world see you as we do.

Jeremy
Staff member
Corporate Member
Congratulations! Never hurts to get a nice surprise now and then.

Raymond
Corporate Member
Outstanding accomplishment, Ernie! Kudos to both you and your wife on such a beautiful instrument!

Phillip Cooper
Corporate Member
Outstanding!!! That is a great accomplishment that few will experience.

Berta
Corporate Member
With your beautiful work, I can't think of any that would deserve that more.

Chris
Corporate Member
So well deserved, Ernie, and what a wonderful experience. Kudos to you.

Board of Directors, Treasurer

Ken
Staff member
Corporate Member
I'm proud to know a craftsman and genius such as yourself. And was totally impressed the time I got to visit your workshop and home filled with miniature Harpsichords. Everything was beautifully done. Karma sometimes works in your favor instead of against you. Congrats on the stroke of good luck.

Even one moment like that makes what we love to do extra special.

Reggie
Corporate Member
:eusa_clapWay to go, Ernie!! Your work is beautiful so I know the sound was also!

Robert
Senior User
Congratulations Ernie!
This is like the story of a "fiddle" being auctioned with little interest,
which was then was played masterfully by an old man,
which then became a "violin,"
and was finally sold at a high price.
M

Richard
Senior User
Fantastic looking instrument... is the soundboard all-wooden? Is that typically how you make them? I like the Latin inscription too. I was up at Colonial Williamsburg and I talked the ear off thed harpsichord maker... had a great time and learned a lot. Your craft is truly an art apart.

Wayne
Corporate Member
Awesome work there Ernie along with a well deserved reward.

marinosr said:
Fantastic looking instrument... is the soundboard all-wooden? Is that typically how you make them? I like the Latin inscription too. I was up at Colonial Williamsburg and I talked the ear off thed harpsichord maker... had a great time and learned a lot. Your craft is truly an art apart.
Click to expand... 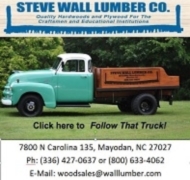