Casey
Staff member
Corporate Member
This post I saw on Craigslist (the same guy who gave the clamps) offered a Jet Saw 220/v for 300 bucks. Looked it over and thought - ok -and I got it.

Brought it home and decided to restore it so some degree, Well some became pretty much all
I stripped it down and began getting the rust off the cabinet, the went from there.
Next I cleaned the hardware and treated it (Bluing). Then looked to repaint the original color. But, as Hawaii is the land of not, couldn't get the color ........ and discovered I have to order auto paint here (takes a day)........ Ok then, I'll go with the Jet white color. The closest match looked like Rustoleum Canvas White. Painted and reassembled. The finish is what you see. The front I added a piece of black plastic for contrast. Mostly because I ordered the wrong plastic and figured I would use it there to get rid of it before I destroy it in some other lame fashion.
I still need to add the bomb sight and the tape ruler. Also, I will probably cut the lower bottom shelf at a 45 on the left side (oversight on my part).

Finally, I checked and calibrated the saw. front to back the blade on rotation is .0005 to .001. Static rotation is .0005 .......... right now. Wonder after 1000 bd feet is cut how it will fare. The recheck will be the true measue of the robustness of the the saw.
The rip fence is 1 thousandth wider in the back than the front. It is 4-6 thousands wider in the middle section at 2 places which appears the cause is the Delrin is worn in the middle.
Doing test cuts it cuts clean and accurate. I installed a Flat ground 40 tooth Ridge very nice blade. The saw is a 220/2hp and weighs about 375lbs as seen here. I would guess based on the info I could dig up it was made between 1999-2003..........so 20+ year old saw. The saw blade is run off a below the blade mounted motor with a dual pulley. So, there are 2 belts. I'll need to replace these, recommendations on the belt would be appreciated. Very little vibration on the saw, not noticeable considering it is on wheels right now. The Belts are getting noisy, They are worn and need to be replaced.

Now, Ill sell off the Dewalt I have. Also, the paint color used on the table and the lower shelf were used because it is what I already had .

Scott
User
Gates AX series belts. Chinese can't make a round belt to save their life. Continental is good too. Dayco if you have to. here may be other good belts. I just can't name them.
Do remember there are two ways belts are marked for size. Running diameter and outside circumference. You can't necessary trust the OEM markings as besides not being smooth, the Chinese don't understand the standards so some are wrong.

Bruce Swanson
Corporate Member
Very professional restoration Casey, beautiful new saw! Having been home ported in Pearl Harbor for 3 years, I understand what the high humidity and salt air does to machines there, but a small price to pay for living in a wonderful climate. You have a truly top of the line saw.
R

Roy
Senior User
Got a lot of space for a router insert.

David
Corporate Member
Now that is a nice job and restoration.

Danny
User
Great job! Looks like you have a lot of wood to saw. Your wood rack runneth over.
O

Casey
Staff member
Corporate Member
Thanks ! TBH, That is 1/3 of my stock.


Danny Batchelor said:
Great job! Looks like you have a lot of wood to saw. Your wood rack runneth over.
Click to expand...

Casey
Staff member
Corporate Member
On the list of To do's


Roy G said:
Got a lot of space for a router insert. 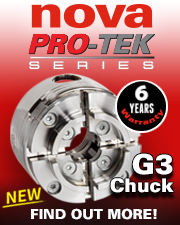 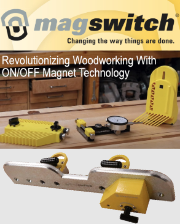